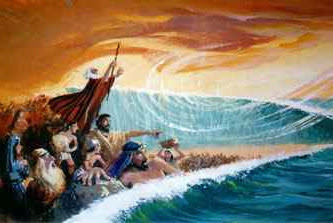 It's been all over the news lately(?), but as usual, it's over-simplified, but I think that this is a harbinger of things to come.

There are all kinds of trumpetings about the economy and such, but really, it's the same old guys making the cash while the populace at large pays. Ill-conceived mega projects, Gateway this and twin your P3 that. Sell that and surplus this. Double down and spin the wheel. The VSE never went away (except for poor ol' Murray Pezzim R.I.P.)

The smart money is getting the hell out of Dodge, and has been since before this housing market got going. There was a write up in BC Business about it exerpted below.

Our economy is booming. So why are head offices leaving and taking jobs with them?

...the head-office picture in Greater Vancouver is bleak. ...in decline for more than a decade, both in number of headquarters and, more importantly, in the number of jobs ...
In metropolitan Vancouver, head-office employment also declined by 29 per cent 1999-2005.

These are the types of jobs that make a "world-class city" - as opposed to a vacation destination.

So why are people still flocking to Vancouver? Residential and Olympic construction. It sure isn't the training wage.

Should we care? Life is good, the provincial economy is booming (for now, anyway), employment levels have never been higher and the Olympics are coming. Do we really need more head offices? PricewaterhouseCoopers senior tax manager Ian Heine, says yes, unequivocally.


Greater Vancouver has often been criticized for relying too heavily on its natural attributes as the main draw...

Rightly so in my view. Everyone knows that this is the greatest place on Earth, we just are not sure why.

“People come here...And they finally get our culture: they see all of Vancouver living the lifestyle that we’re promoting.”

Just what is our culture? Coffee on Denman? Shopping on Robson? Admiring our friends' granite counter tops? Sailing in the morning, golfing in the afternoon, and skiing at night? Who does that? Our culture is a brand that has been foisted upon us. Most residents of the city can't even see the mountains - even on a clear day.

...there are financial and logistical challenges to the Vancouver headquarters.


Those same challenges apply to all the rich foreigners and retirees that are rushing here too. It has been asserted, by others before, that retirees are going to want to be close to their families, so why would they be interested in moving here. It's all a bunch of hooey.

Vancouver started out as a mill town out on the frontier, and it is still very much like that.

I so agree with your post. I just don't understand how people can say our local economy is doing well when there are almost no "executive" jobs to supply all of the people to rent the "executive" furnished 3k per month 600 square foot rentals.

smoke and mirrors and strings and sealing wax and other fancy stuff...

At least, that's what I think THEY said.

Mill town? Do we still have mills?

Do we still have mills?

I think that Scott Paper still has a mill out at New West., but I was really referring to the sophistication of Vancouver.

We keep hearing that we are world class, but I don't see it. Apparently, neither does the smart, big money.

I heard that mill is closing.

Anyhow, yeah, the world will see how classy we are when the homeless riot during the Olympics. By 2010, this place will be more scary than sophisticated. Bed bugs, flu outbreaks, dirty water. More like Third World Class.

I've heard that companies are having a hard time filling $200K+ positions in Vancouver because that amount of money only buys you a comfortable middle-class lifestyle in Vancouver as compared to a nuevo-rich anywhere else in Canada. Plus in Toronto or Montreal, you can find real culture (read: other rich people, galas, and decent performance arts in that order). And in Alberta, personal taxes are low - very attractive to those who like money above all else. It's a no-brainer. Head offices employ fancy-pants types and there's nothing in Vancouver to attract fancy-pants types so head offices are moving.

http://tinyurl.com/yfmgdl
city of vancouver property tax/assessment for 3 year; a cool free public access for those who are not aware.

chrisnott - I actually made mention of the lack of culture in Van., and about corporate sponsorship of culture, but edited it out for brevity.

A world-class city has so much more than ridiculously expensive real estate, "temperate" weather, and nice views.

Vancouver is/was a nice place, but it's a shell with Mactac veneer.

Thanks for the assessment link tqn.

tqn, thanks for the link! That's a very handy site.

We keep hearing that we are world class, but I don't see it. Apparently, neither does the smart, big money.

What makes you think that the smart, big money cares about "world class" in the first place? They care about profits. Vancouver is certainly more world class than Calgary - but Calgary has more head offices.

The only business that really seems to care about "world class" is international finance, which is what keeps New York and London going in the face of their absurd costs. And Vancouver isn't ever going to be in their league.

What makes you think that the smart, big money cares about "world class" in the first place? They care about profits. Vancouver is certainly more world class than Calgary - but Calgary has more head offices.

I'm not sure that the big money does care. I guess what I am thinking is that their employees might care. If big money is having trouble attracting executive employees because of the cost of living here, they go where it is cheaper. Thus, can we reasonably say that is the reason for the exodus of head offices? Or is there another variable - such as corporate taxes?

Ultimately, what is the attraction of Vancouver? Lifestyle? The mountains? The weather? Are we just an empty box with shiny wrapping paper? A fancy brand if you will.

I think you and I are saying the same thing. The intangibles, whatever they are, of living in Vancouver aren't valuable enough to attract qualified people (at a given wage) to companies in Vancouver as opposed to elsewhere, given the higher living costs (and taxes wrt Alberta).

Lifestyle used to be a real plus for recruiting people to Vancouver firms back in the 1980's, when housing prices were competitive with Toronto, for example.

NYC used to have a lot of manufacturing - it's completely gone now. It's just finance plus local services. So what is going to support the pyramid in Vancouver?

So what is going to support the pyramid in Vancouver?

I think that Vancouver has lost more than it has gained.

The thing is, even if head offices decided to move back here, we would have to convert the condo conversions back to corporate buildings. I think that they are gone for good.

All comments are welcome.
Please keep it civil, no flames, and no spam.

"When we are in the middle of the paradigm, it is hard to imagine any other paradigm" (Adam Smith).

ask, and get an answer